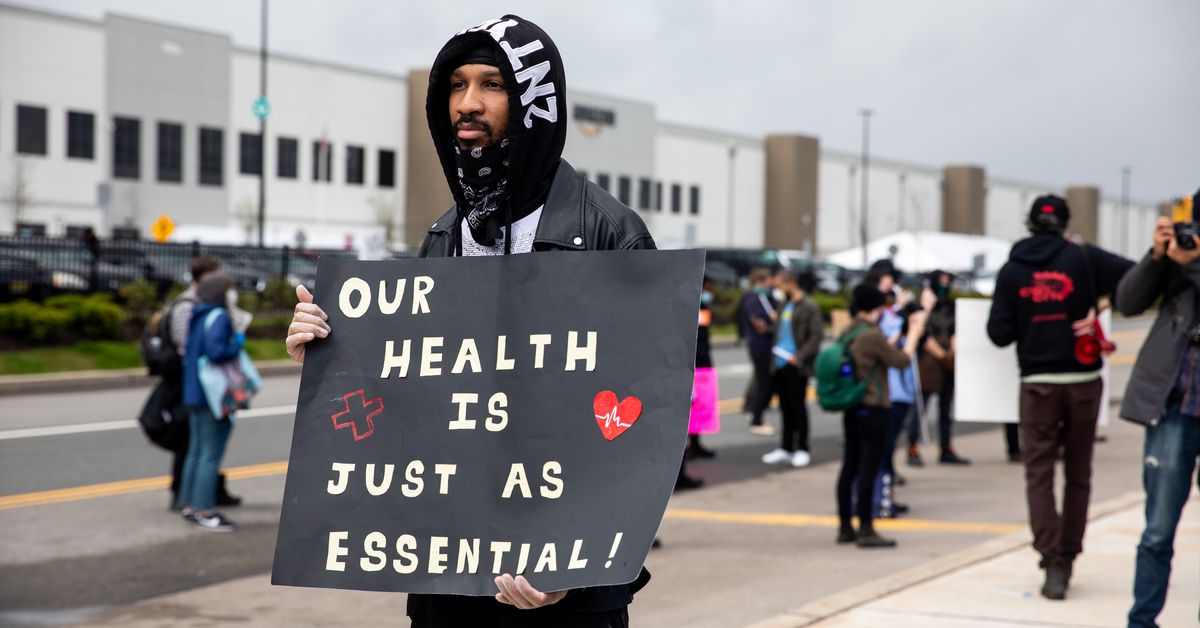 New York Attorney General Letitia James filed a lawsuit against Amazon on Tuesday evening, claiming that the company did not do enough to protect its warehouse workers during the pandemic and unlawfully fired or disciplined two employees who spoke out about safety issues.

The suit alleges that Amazon violated state law with respect to its sanitation practices during the pandemic and “implemented an inadequate COVID-19 tracing program that failed to consistently identify workers who came into close contact with employees who tested positive for COVID-19.”

The 64-page complaint also contains a nugget that could hurt Amazon’s defense against firing one of the whistleblowers: Two of Amazon’s own Human Resources employees agreed that Christian Smalls’s firing “did not seem justified,” the AG’s office claims.

The legal battle comes as Amazon continues to find itself at the center of the most contentious labor battle in its history. In the first few months of the pandemic, Amazon fired at least six employees who were involved in worker protests or who spoke out about working conditions at Amazon package facilities. The National Labor Relations Board has found merit in allegations by one of them, Courtney Bowden, and she will get a hearing in March, according to BuzzFeed News. Thousands of workers at a giant Amazon warehouse in Alabama are also currently voting by mail on whether to unionize, in the first union vote of this size at one of Amazon’s US facilities. Union organizers are arguing that, even before the pandemic turbocharged the volume of products flowing through Amazon facilities, the mandatory pace of work inside Amazon’s warehouses has been unsafe and inhumane.

The New York AG’s investigation, which began in late March, focused on working conditions and practices inside two of Amazon’s New York City facilities: a large warehouse in Staten Island and a smaller delivery station in Queens.

“Amazon’s flagrant disregard for health and safety requirements has threatened serious illness and grave harm to the thousands of workers in these facilities and poses a continued substantial and specific danger to the public health,” the lawsuit reads.

told the Washington Post in an emailed statement: “We care deeply about the health and safety of our employees, as demonstrated in our filing last week, and we don’t believe the Attorney General’s filing presents an accurate picture of Amazon’s industry-leading response to the pandemic.”

New York’s top lawyer also alleges that Amazon unlawfully fired Smalls, a warehouse assistant manager, and unlawfully disciplined another worker, Derrick Palmer, who complained to managers about what they felt were subpar safety precautions, and who spoke out in the media about their working conditions. Amazon fired Smalls on the evening of March 30, which was the same day that he led a small walkout of employees at the Staten Island facility to protest what they said were unsafe working conditions. Amazon said it fired Smalls because he violated social distancing policies while he was on paid quarantine leave, but two of Amazon’s own Human Resources employees disagreed with his termination, according to the complaint.

Amazon’s “[Human Resources business partner] communicated in writing to HR Manager Hernandez that Smalls’s firing did not seem justified because Smalls had not entered the JFK8 facility on March 30 and Amazon had not communicated to him that his quarantine order prohibited him from entering Amazon property outside the facility and Smalls had engaged in social distancing during his discussions with JFK8 managers,” the complaint reads. “In response, HR Manager Hernandez stated that she agreed.”

The lawsuit wants Amazon to offer Smalls his job back and provide back pay as well as “emotional stress damages” to him and Palmer. It also calls for Amazon to “take all affirmative steps, including changing policies, conducting training, and undergoing monitoring, among others, to ensure that Amazon reasonably and adequately protects the lives, health, and safety of its employees.”