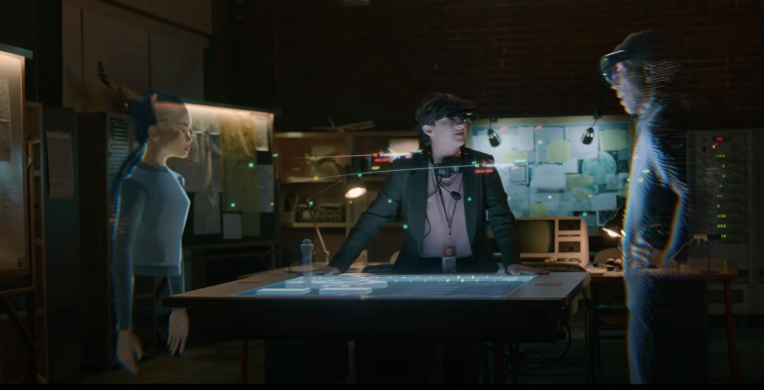 The app is called Microsoft Mesh and it gives users a cross AR/VR meeting space to interact with other users and 3D content, handling all of technical hard parts of sharing spatial multi-player experiences over the web. Like Microsoft’s other AR/VR apps, the sell seems to be less in the software than it is in enabling developers to tap into one more specialization of Azure, building their own software that builds on the capabilities. The company announced that AltspaceVR will now be Mesh-enabled.

In the company’s presentation, they swung for the fences in showcasing potential use cases, bringing in James Cameron, the co-founder of Cirque du Soleil and Pokémon Go developer Niantic.

Microsoft’s HoloLens platform has always been at its most impressive when it comes to viewers in a shared space looking at the same digital content in the same room that’s invisible to everyone else. Inside Mesh, other users are represented as cartoonish avatars, a design break that has plagued countless other AR/VR apps and platforms. Microsoft says the hope is to one day beam a user’s 3D photo-realistic presence into the app but that will assuredly require the commoditization of some complex camera hardware.

The company showcased a concept video of Mesh, which seems to be a few years further ahead in several places than the current software is.

Mesh isn’t offering any capabilities that are terribly unique to the spatial computing world — it’s all pretty standard faire in terms of bells and whistles — the distinguishing factor is the breadth of access, something once the unique distinguishing feature of the AltspaceVR platform back in the day. Mesh can be accessed on the HoloLens 2, many VR headsets, phones, tablets, and PCs, providing a window into the futuristic platform for even desktop users.

The software is available in preview now on HoloLens 2 alongside its AltspaceVR integration.