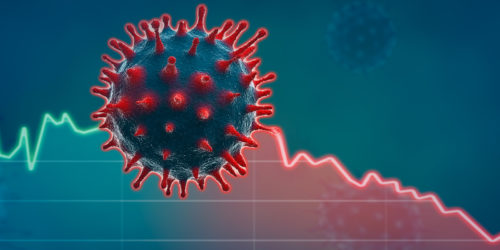 The 2nd Covid wave seems very challenging. Businesses in India have a new hope thanks to the vaccination program. Recent surveys conducted by the Federation of Indian Chambers of Commerce and Industry and FICCI reveal that many businesses in India are once again facing a crisis and sentiment has been disrupted across the board. The 2nd Covid wave will result in some major problems for Indian businesses.

Second waves of Covid-19 have begun to fade, though the states have yet to relax local lockdown restrictions, which has caused economic activity to slow down. In other words, the second wave erased the gains businesses had made in the previous months. It is still unclear how business after the 2nd Covid wave will progress.

The Federation of Indian Chambers of Commerce and Industry and FICCI have conducted recent surveys which reveal that business sentiment in India has weakened across the board due to a recent crisis.

Also Read: 7 Tips For SME To Emerge Financially Stronger During & After Covid-19

In comparison with the previous survey, this year’s responses revealed a drastic decline in corporate optimism, the latest report from FICCI indicates. As a result of declining demand, the index for Overall Business Confidence (OBCI) has plummeted sharply. When compared with last year’s decline in business, this year appears to have been fairly stable.

Despite the uncertainty, businesses expect only modest growth in the near future. After reaching a decade-high of 74.2 in the previous survey, the OBCI dropped to 51.5 this time around.

The economic activity declined because of COVID-19 and low expectations. The 2nd COVID-19 wave will do twice as much damage as the first.

The Lack of Demand Is A Concern

Around 70 percent of respondents stated that weaker demand would be a major concern in the future. The business community is worried about lower demand, as it may impact sales for a long time after the second wave subsides.

A lack of demand appears to be developing as a result of massive unemployment and restrictions. As a result of certain restrictions, the flow of money is limited, and inflation is causing the demand to be low.

In light of the larger proportion of the population affected by this wave, the survey observed that many households who lost their breadwinners had permanent impairments in their income.

The statement added that the recovery from the latest pandemic-induced shock would depend on putting in place measures to support demand revival.

Accordingly, corporations believe that in order to improve health, vaccination rates need to be accelerated. This will make it easier for states to relax their restrictions more quickly, which will lead to an increase in economic activity.

Operationally, however, this year’s lockdowns have led to increased raw material costs even though they are better than in 2020. The respondents in this round of the survey cited higher raw material costs as a constraining factor, compared with 59 percent who said the same in the previous survey.

Survey respondents remain uncertain about sales prospects, according to the latest FICCI survey. In the previous round, 66 percent of respondents revealed optimism about sales. Now, just 31 percent are optimistic about sales in the near future.

The sales of companies have dropped in recent months, and profits in the near future may not be as strong. In the latest survey, 16% of respondents cited higher profits over the next six months, down from 36% in the previous round.

Businesses Are Harmed By Restrictions, and new jobs are lost

Around 80% of the companies participating in the survey reported a negative impact as a result of localised restrictions. There was a widespread consensus that the localised lockdowns were hampering their ability to do business.

In the survey, only 19 percent of companies were optimistic about hiring in the next two quarters due to lower sales and demand. IN 2020, the figure was 35 percent.

As a result of several factors such as increased infections in the family and hesitancy to travel, respondents cited a weak consumer sentiment as their prime concern during the past week, followed closely by the non-availability of raw materials and manpower shortage.

Most of the respondents noted that they adhered to government-mandated regulations and promoted Covid-friendly behavior in their surroundings. In addition, an increased level of digitalisation has helped businesses weather this wave more efficiently.

A number of respondents stressed the importance of adequate liquidity as well as maintaining buffer stocks of key inputs and final products. In addition, companies are increasingly focused on external markets, where demand is trending upward. Catering to zones that are subject to less stringent restrictions is a major focus in the domestic market.

Although the policy support extended by the RBI on May 5, 2021, was widely acknowledged and appreciated by the industry, some other issues regarding the working of the financial system were brought to light.

Many companies indicated difficulty in getting credit, and many of them urged banks to extend their lending at reasonable rates. Various companies are of the belief that the current system must be able to handle ample liquidation. The RBI is being called upon by companies to ensure adequate liquidity in the system.

In order to encourage banks to lend more, companies believe the central bank ought to take additional measures.

As the economy begins to normalise, it is imperative to provide credit to distressed segments of the industry as well as to segments that have adequate collateral or which have the potential to generate higher cash flows.

Companies also expressed their concerns about the increasingly lengthy loan approval process, which severely dampens the prospects for business growth.

Participating companies believed that any refusal by banks to make loans must be accompanied by a reason and should be officially communicated so that transparency can be ensured.

Participants also requested at least another six months of a moratorium on loan payments, principal and interest payments.

During the survey, participants pointed out that a stable interest rate regime for 12-18 months was necessary during the survey. In addition, the RBI was advised to continue its accommodative policy until a sustainable normalisation of the system is achieved.

A fiscal package, focusing in large part on-demand, was unanimously requested by companies. Measures that boost demand include direct income assistance for rural and urban poor, reductions in income taxes for the middle class, and temporary reductions in indirect taxes.

Additionally, respondents emphasised the necessity of continuing with measures promoting liquidity and credit to MSMEs as announced in the previous year.

Tax waivers and financial assistance were requested for sectors previously left out of the stimulus package, but that has been impacted significantly (such as travel, tourism, hotels, and civil aviation).

Incentives Based On Employment

Furthermore, the companies emphasised the need for the government to provide employee incentives to employers so that no jobs are lost. Fiscal support for employees in MSME sectors could include temporary exempting employers from PF and ESI contributions.

Companies also felt that both the federal and state governments should prioritise capital expenditures to build and sustain market sentiments and demand. The government should help the business owners to revive the business after 2nd Covid wave.

According to the PHDCCI, businesses are experiencing rising raw material costs amid the second COVID-19 wave due to restrictions in many parts of the country. This has disrupted supply chains and led to a slower economic recovery. The industry body says that the Indian economy, which is affected by the second wave of this outbreak, will need a substantial stimulus to propel its growth. Supply chain disruptions have caused commodity prices to skyrocket, which has had a severe impact on firms’ price cost margins during this difficult period.

Around 80% of Indian companies are experiencing cash flow issues and over 50% are experiencing operational difficulties as a result of this outbreak. Approximately 53% of companies are affected by COVID-19, according to the Federation of Indian Chambers of Commerce and Industry (FICCI). An economy in decline may eventually lead to cash flow problems and effect repayments, interest, taxes, etc.

If another COVID-19 wave overwhelms authorities, it may cause a complete lockdown once again. As a result, the economy would experience further decline and downturn. During a crisis, the economy slows down and cash flow declines. While the country goes into complete lockdown, debts will pile up and maintenance fees will mount.

Despite the worst being done by the COVID wave, the market will continue to thrive in India. Indian businesses hope to fully recover through proper vaccination and regulations. Many Indian businesses and consumers expect more restrictions and a decline in the market. In this uncertain and volatile market period, many people are unsure of what to do. It will take time for the economy to fully recover. Vaccination seems to be the only safeguard in these uncertain times.  Many experts are now predicting the Third Wave and stating that Indian business will not be able to handle this situation and it will be made worse by the third wave. Therefore, you should prepare for the worst while hoping for the best.

The Indian economy is slowly but steadily recovering, so the Government should use the current crisis to increase ease of doing business and increase business trust. It is no longer necessary to make big, sweeping changes. For India to grow, it needs to make small steps such as improving its regulatory structure, enhancing cash flow, and redesigning its industrial cluster system to align it with global standards. India can only shine again by investing in domestic businesses and putting our faith in them.