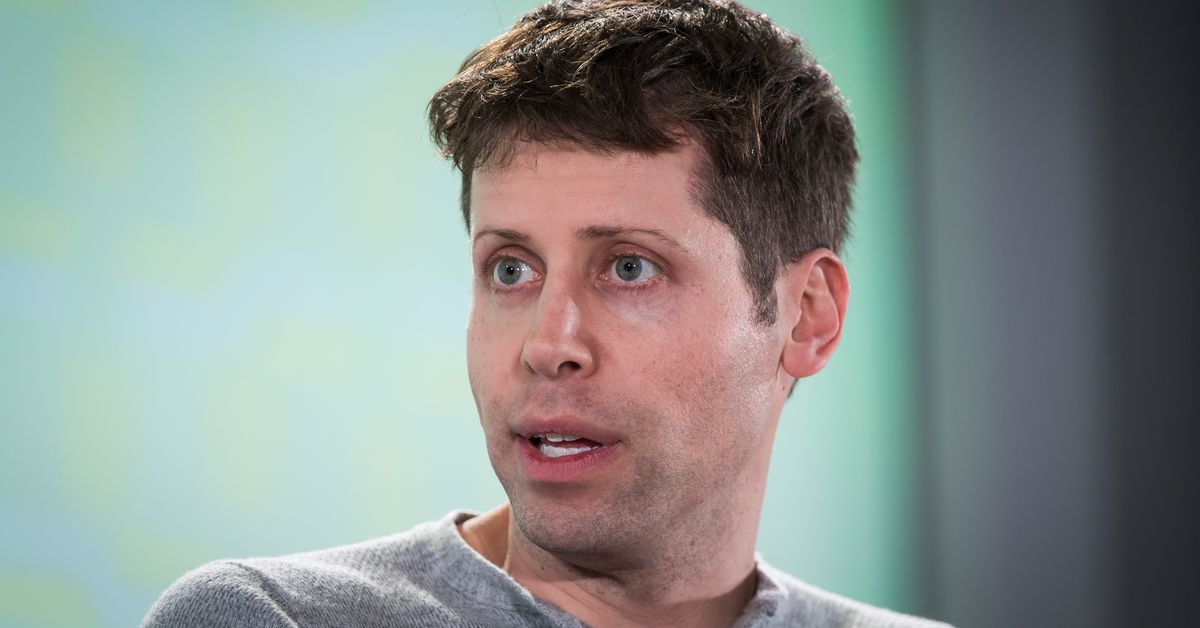 Details are slowly emerging about a new startup, Worldcoin, that aims to launch a new cryptocurrency that it would distribute to people in exchange for their eye scans. The futuristic-sounding idea has attracted major supporters in Silicon Valley, including Y Combinator president Sam Altman, LinkedIn co-founder Reid Hoffman, and the venture capital firms Andreessen Horowitz and Day One Ventures.

But while information is still coming to light about Worldcoin, cryptography and privacy experts are already poking holes in its main premise.

Bloomberg uncovered the nascent startup’s plans, which seem to involve launching a cryptocurrency that everyone in the world could have a share in. The idea appears to be inspired by the concept of universal basic income, or direct, no-strings-attached payments to people, usually distributed by the government. And the startup wants to deliver this currency by building orb-shaped devices that convert scans of peoples’ eyes into unique numerical identifiers in order to make sure a person is a legitimate recipient of the payment and isn’t trying to sign up more than once. An online job posting for Worldcoin cited by Bloomberg noted the startup hoped to build “a dedicated hardware device ensuring both humanness and uniqueness of everybody signing up, while maintaining their privacy and the overall transparency of a permissionless blockchain.”

The company is already testing a prototype of its eye-scanning device in several cities (volunteers are being paid primarily in bitcoin for now) and has at least $25 million in funding, according to Bloomberg. The company’s leaders seem to think its biometric-data tracking device would prevent a person from registering for multiple Worldcoin payments. Overall, the startup wants to power a new cryptocurrency that the entire globe can access, and which could be disbursed to almost anyone — although they would apparently have to agree to let Worldcoin scan their irises.

But some privacy and cryptocurrency advocates are already warning that the plan, as utopian as it might sound, has dystopian implications. They say Worldcoin’s reliance on biometric technology is unnecessary and could lead to major privacy problems. They’re warning that the nascent proposal is a solution in search of a problem, and that its plan to rely on people’s incredibly sensitive biometric data undermines the pseudonymous spirit behind cryptocurrencies.

Biometric data is so sensitive because it uses a person’s physical characteristics, like their fingerprints, their irises, or their faces, to identify them. Biometrics proponents say using body parts to identify people can be more secure and can stop fraud. But critics have pointed out that biometric identification systems can have built-in biases, and also require collecting highly sensitive information that can’t be replaced should a malicious actor get hold of that data. “If your Social Security number leaks, you can get a new Social Security number. If your credit card number leaks, you can get a new credit card number,” Evan Greer, the deputy director of the digital rights group Fight for the Future, told Recode last year. “If a biometric scan of your face leaks, you can’t get a new face.”

Right now, we don’t have much assurance that Worldcoin will be able to protect this sensitive data, John Davisson, an attorney at the Electronic Privacy Information Center (EPIC), told Recode in an email. “This company and this currency should simply not exist,” he argued, saying there are better ways that a universal basic income could be distributed without sacrificing privacy. Neither Day One Ventures nor Andreessen Horowitz responded to a request for comment.

“Apple has spent an enormous amount of effort adding biometrics to their devices, and their solution was simple: Never send it outside of the phone,” Matthew Green, a professor at the Johns Hopkins Information Security Institute, told Recode in an email. “But that doesn’t work with a cryptocurrency.”

He emphasizes that biometrics won’t necessarily stop fraud, either. “Nobody has any idea how to build an affordable iris scanner that isn’t vulnerable to some kind of spoofing,” Green told Recode. People looking to evade the system, he said, could just look for ways to fake “new” irises.

Another criticism of Worldcoin is that it seems as though it would require central control over the currency — and that would fly in the face of the principles behind blockchain-based technologies. “It just is contrary to the values of bitcoin and this original movement of creating digital currencies that can help us get out of this system of control where corporations and governments are vacuuming up all of our personal data,” said Alex Gladstein, the chief strategy officer of the Human Rights Foundation, which has supported the use of bitcoin.

While Worldcoin’s eye-scanning orb certainly sounds novel, the concept of using biometrics to power blockchain-based payments isn’t entirely new. Back in 2017, the United Nations launched a blockchain-based system for tracking payments in a refugee camp based in Jordan. To confirm peoples’ identities as they make purchases, the UN system used iris-based eye scans.

The idea of using biometrics to dole out benefits isn’t novel, either. India’s government, for instance, has for years been trying to expand its Aadhaar system, which uses citizens’ biometric data to facilitate financial government programs. Since launching, Aadhaar — sometimes called the world’s largest biometric identification system — has faced a host of criticisms, including that it endangers peoples’ privacy, that it enables a surveillance state, and that it excludes people from accessing government benefits if they are unwilling or unable to create biometric records. The system’s databases have also been breached in the past, according to reports.

Albert Fox Cahn, the executive director of the Surveillance Technology Oversight Project, strongly opposes the premise behind Worldcoin. “It’s appalling that investors are wasting tens of millions in a new crypto scheme in the name of helping the world’s poor,” he said. “If they were really interested in helping low-income communities, they should give away their money instead of investing in yet another form of surveillance.”

On Tuesday, Sam Altman pushed back against the concerns about Worldcoin’s plans, and hinted in a tweet that more information would become available soon.

on a more serious note, the worldcoin team will talk about the project when they’re ready. hopefully not too much longer.

As cryptocurrencies become increasingly popular, startups and big companies alike have increasingly looked to cash in. But launching a cryptocurrency doesn’t always work. Facebook, for instance, has encountered so many hurdles to its cryptocurrency, libra — since renamed diem — that its launch was significantly delayed.

If and when Worldcoin does debut, those who sign up for its cryptocurrency would be placing a bet with their own biometric data. “Worldcoin apparently wants to create a global identification system based on billions of highly sensitive biometric identifiers,” warned Davisson of EPIC, “all in exchange for a currency that could turn out to be worthless.”