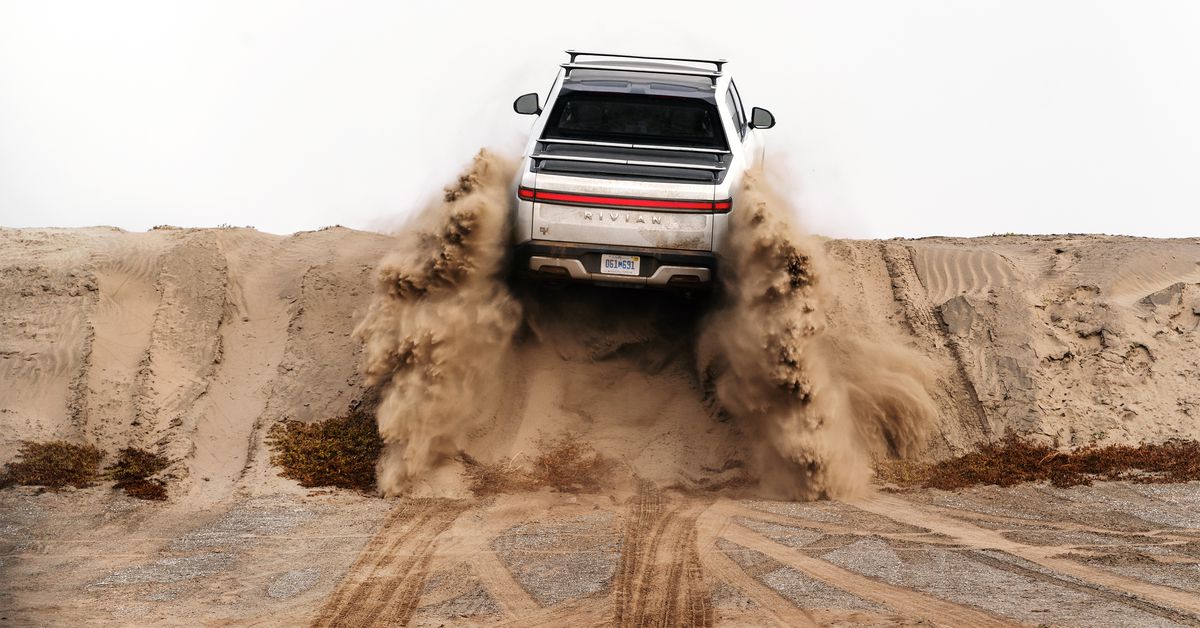 Late last week, Rivian filed for an initial public offering. The 12-year-old electric vehicle manufacturer, which is backed by Amazon and considered one of the biggest threats to Tesla, is seeking a valuation as high as $80 billion. That would make Rivian one of the world’s most valuable automakers, worth billions more than Ford or GM — and its trucks aren’t even on the road yet. Rivian’s first vehicle, a $73,000 pickup, is expected to start shipping in September, and a second model, a $75,500 seven-seat SUV, is supposed to be released next year.

In some ways, Rivian’s timing is good. President Joe Biden recently issued an executive order that called for electric vehicles to account for half of all new auto sales in the United States by 2030, and a growing number of legacy automakers have committed to shifting their production to electric vehicles in the next two decades.

But as the world continues to struggle with the pandemic, Rivian faces some serious challenges. A shortage of semiconductors has caused delays and production halts across the auto industry. There also aren’t that many charging stations available across the US, leaving some potential EV buyers worried about running out of juice.

“It’s a big deal that more public infrastructure is available,” Jeremy Michalek, an engineering and public policy professor at Carnegie Mellon, told Recode. ”Probably the first priority is making sure there are enough fast chargers available on highway rest stops so that you can take your vehicle wherever you want to go.”

Like Tesla, Rivian is selling home chargers and developing a nationwide charging network. The company plans to have 10,000 stations available by the end of 2023, many of which will be in remote areas. Also as Tesla has done, Rivian is taking an AI-focused approach to its vehicles. Rivian has invested heavily in its hands-free, semi-autonomous driving technology with a suite of features called Driver+, which sounds a lot like Tesla’s Autopilot. In a lawsuit, Tesla even accused Rivian of stealing its trade secrets after hiring its former employees.

But a big difference between Rivian and Tesla is the type of electric vehicles the two companies are selling. After being founded in 2009 and remaining secretive for years, Rivian announced in 2018 that its first models would be a pickup truck and an SUV meant for off-road driving. That’s a notable difference from Tesla, which has focused primarily on selling cars and crossovers. (Tesla announced its first pickup truck, the Cybertruck, in 2019, but deliveries have been delayed until 2022.)

Rivian is also appealing to commercial clients, including its own influential backers. After participating in two funding rounds for the startup, Amazon last year committed to buying 100,000 electric delivery vehicles from Rivian by 2030. Former Amazon CEO Jeff Bezos and three other passengers on Blue Origin’s first flight with humans aboard even rode in a Rivian SUV to the launch site.

Ford, which has its own plans to release an electric version of its popular F-150 pickup truck next year, has also invested more than half a billion dollars into the electric car startup.

The tricky timing of Rivian’s IPO

There’s no doubt that President Biden is enthusiastic about electric vehicles. The Biden administration has already started to electrify the entire federal fleet of cars, SUVs, and trucks, more than 600,000 vehicles. Meanwhile, the White House and Congressional Democrats are pushing for the Postal Service to purchase as many as 165,000 electric delivery trucks. Biden also wants to allocate $174 billion to build 500,000 electric vehicle chargers across the country. (Tesla CEO Elon Musk has also promised to open Tesla Superchargers to electric vehicles from other manufacturers.)

But while EVs are getting more popular globally, the US faces slower growth than China or Europe. Last year, global electric vehicle sales grew by 41 percent, according to the International Energy Agency, an intergovernmental energy policy advising organization. While sales of electric vehicles in the US trail behind those in China and Europe, sales of hybrid cars are growing, a sign that more consumers could warm to electric vehicles down the line.

In a recent Pew survey, some 7 percent of Americans said they owned an electric or hybrid vehicle, and 39 percent said they’d consider buying one. The higher price of EVs is certainly a contributing factor to the slower adoption rate in the US. But the price of batteries, which are the costliest part of electric vehicles, is falling, so Americans could see cheaper EVs in the future.

Pandemic-era hurdles have also plagued the auto industry. Rivian, which was originally supposed to release its pickup truck in July, twice postponed delivery of the vehicles. Late last month, Rivian founder and CEO RJ Scaringe told customers who had preordered vehicles that Covid-19 had interfered with everything from “facility construction, to equipment installation, to vehicle component supply (especially semiconductors).” The same chip shortage forced Tesla to rewrite code for its vehicles, and experts are worried that a lack of semiconductors could delay production of the new electric Ford F-150.

Still, if Tesla’s runaway success is any indication, Rivian stands to find eager, outdoorsy customers who want an EV that goes off-road. Considering the present challenges, the company is leaning hard on standing apart from Tesla and the growing number of legacy automakers that want a slice of the EV market. Jeep is expected to release an electric version of its Wrangler by 2023. President Biden has already given one a test drive.