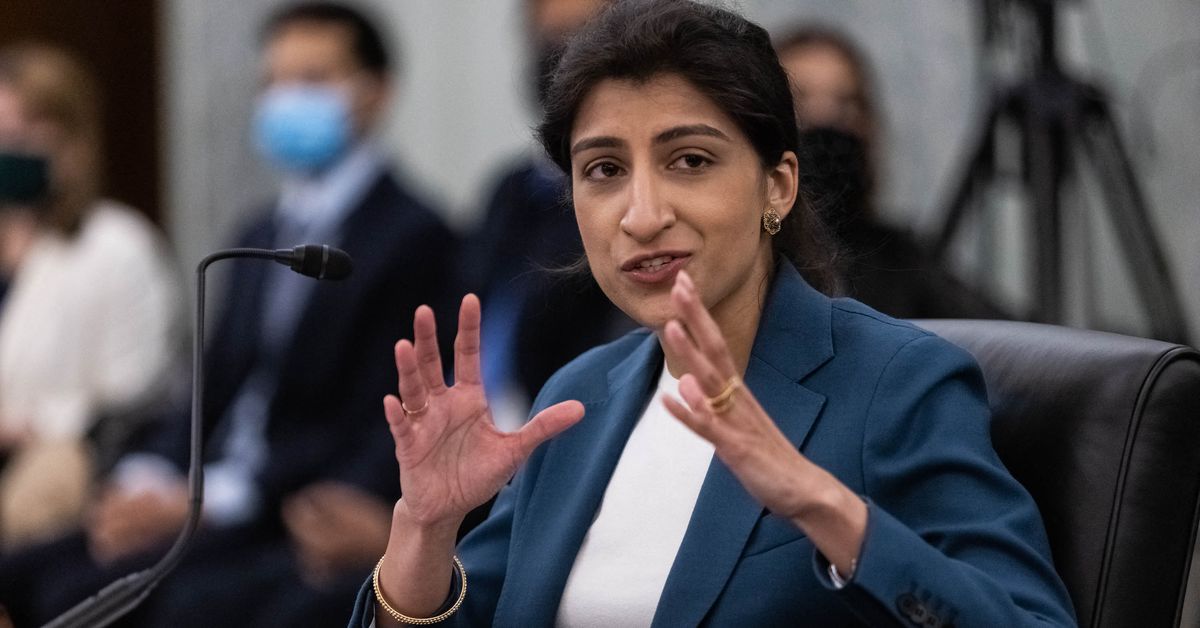 It took eight months of hearings, nominations, health-related delays, and a tie-breaking vote from the vice president, but the Senate has confirmed Alvaro Bedoya as the Federal Trade Commission’s fifth commissioner. More importantly — and almost certainly why his confirmation was such a drawn-out and contentious process — he’s its third Democrat, and soon will likely be a deciding vote himself.

In a statement, Bedoya said he was excited to work with the four other commissioners and “truly thrilled to work alongside the public servants of the Federal Trade Commission.”

The FTC has been gridlocked with two Republican commissioners (Noah Phillips and Christine Wilson) and two Democrats (chair Lina Khan and Rebecca Kelly Slaughter) for most of Khan’s tenure. Anything Khan wanted to do that needed the commission’s vote would either have to get the support of at least one Republican or it wouldn’t happen at all. That won’t be the case anymore.

“Alvaro’s knowledge, experience, and energy will be a great asset to the FTC as we pursue our critical work,” Khan said in a statement. “I’m excited to begin working with him, along with our other Commissioners, once his appointment is made final by President Biden.”

Bedoya comes to the FTC from Georgetown Law’s Center on Privacy and Technology, of which he was the founding director. His nomination, made way back in September, was welcomed by privacy advocates. Bedoya said in his confirmation hearing last year that he intended to focus on privacy issues, including data and facial recognition. With no federal consumer privacy law, the FTC’s powers are limited, but it still can — and has — gone after companies for privacy issues.

At his hearing, Senate Republicans claimed they took issue not with Bedoya’s privacy stance but with his public tweets. Bedoya has tweeted that President Trump is a white supremacist and that Immigration and Customs Enforcement (ICE) is a “domestic surveillance agency.” At the hearing, Sen. Ted Cruz accused Bedoya of being a “left-wing activist, a provocateur, a bomb-thrower, and an extremist. Sen. Roger Wicker said he thought Bedoya’s “strident views” meant he wouldn’t be able to work with the Republican commissioners. Bedoya said those tweets were made when he was a private citizen and were in response to government actions that he believed were harmful. On Tuesday, the day before Bedoya’s confirmation, Senate Minority Leader Mitch McConnell called Bedoya a “foolish choice” and an “awful nomination.”

It’s more likely that Republicans’ issues were not with Bedoya or his tweets, but with the fact that Bedoya gives the FTC the Democratic majority it has lacked since Rohit Chopra left in October. Republicans aren’t thrilled with Khan’s work at the FTC, to say the least, seeing her as a divisive radical progressive who is intent on reshaping the agency’s approach to antitrust and giving it more authority than they think it should have. The business world isn’t a fan of Khan, either. The lobbying group US Chamber of Commerce has made no secret of its issues with her, and recently sent a letter to Sens. Chuck Schumer and Mitch McConnell urging them to put off the Bedoya vote because his confirmation would give Khan a majority.

Antitrust reform and privacy advocates, on the other hand, celebrated Bedoya’s confirmation.

“Alongside Chair Lina Khan and Commissioner Rebecca Kelly Slaughter, we can finally envision an effective FTC that plays a vital role in leveling the playing field and restoring our nation’s economy,” Stacy Mitchell, co-director of the Institute for Local Self-Reliance, said in a statement.

Bedoya’s confirmation was decried by Big Tech-friendly lobbying groups, such as NetChoice, which said: “Chair Khan has the votes she needs to accomplish her radical progressive goals at the expense of politicizing the FTC,” which would “harm all Americans by ruining healthy and competitive markets.”

The anti-Bedoya side did get its way for a while; Bedoya’s confirmation was delayed considerably. It took so long for the Senate to confirm Bedoya that he had to be re-nominated at the beginning of this year. When it became clear that no Republicans would vote for Bedoya, Schumer had to wait until every Democratic senator and Vice President Harris was present to vote him in. Earlier attempts were thwarted when Sen. Ben Ray Luján had a stroke, and then again when several Democratic senators and the vice president tested positive for Covid-19. On May 11, Bedoya was confirmed 51-50.

That’s not to say that the FTC has done nothing during the last seven months of gridlock. The agency unanimously agreed to block a massive merger between semiconductor chip companies Nvidia and ARM as well as a merger between Lockheed Martin and Aerojet. And Khan has been able to move forward with things that don’t need an agency vote and probably wouldn’t have gotten the Republican commissioners’ votes if they did.

Khan wasn’t able to get the votes for a study into pharmacy benefit managers, something she said “greatly disappointed” her. And the FTC didn’t act on the Amazon-MGM merger before it closed, which many expected it to given Khan’s history of criticizing Amazon for alleged anti-competitive actions.

Bedoya will enter an agency that appears to be having some internal issues. There is intra-commissioner bickering, for one: Wilson has made no secret of her distaste for Khan’s approach to leadership and antitrust enforcement. But a recent survey also showed that agency employees’ trust in and respect for senior leaders plummeted during Khan’s short tenure. The FTC told Recode that the survey was conducted during a period of considerable change at the FTC, and that Khan has “enormous respect” for the FTC staff and is “committed to making sure that the FTC continues to be a great place to work.”

As far as the Republican commissioners are concerned, however, there’s reason to believe they’ll get along better with Bedoya than they apparently do with Khan. Phillips congratulated Bedoya on the confirmation, referring to him as “my friend,” while Wilson tweeted that she “look[ed] forward to collaborating with him, particularly on children’s privacy.”

With Bedoya on board, Khan can run the FTC the way she did last summer, when the FTC had three Democratic commissioners — which is surely the way she’s envisioned since she became its chair. During that time, the agency successfully re-filed its lawsuit against Meta, with Wilson and Phillips voting against it. Khan no longer has to settle for whatever the Republican commissioners will stomach. That Amazon-MGM merger might have closed, but it can still be challenged.

And perhaps Bedoya will, true to his word, work on improving consumer data privacy. Khan has already signaled that the FTC will be looking at data privacy — which has gotten a lot of recent attention following the news that Roe v. Wade may be overturned — as both a consumer protection and a competition issue. That should make the Big Tech companies, whose power largely comes from the data they collect, nervous.

Update, May 11, 5 pm ET: This story has been updated to include statements from Bedoya, FTC commissioners, and advocacy groups.