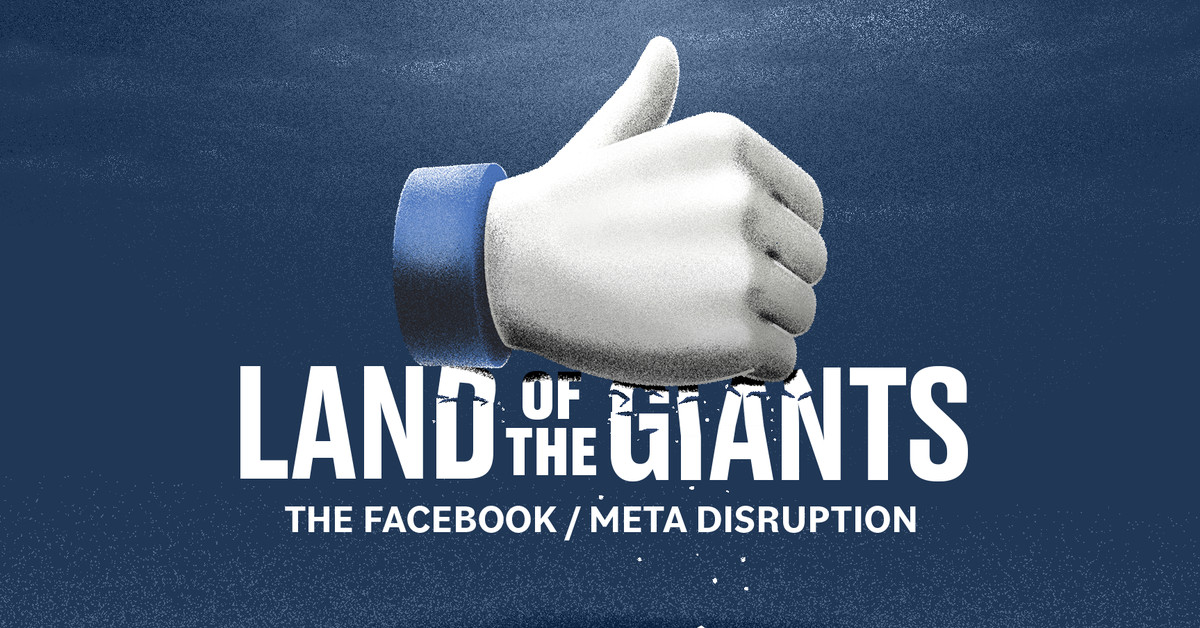 The new season of Vox Media Podcast Network’s award-winning narrative podcast Land of the Giants debuts next week, on July 13. This time, Recode senior correspondent Shirin Ghaffary teams up with her co-host, The Verge’s deputy editor Alex Heath, to tell the story of Meta, formerly known as Facebook, at a pivotal moment — both for the tech giant and for the billions of people who use its products.

Under the leadership of CEO Mark Zuckerberg, the same man who co-founded Facebook from his college dorm room in 2004, Meta is trying to transition away from its complicated legacy as a social media company to a futuristic metaverse vision that aims to reshape the future of the internet. This transition is happening while criticism from users, regulators, and even its own former employees is at an all-time high. They are worried the company and its products — Facebook, Instagram, WhatsApp, and others — are harming society, from how global democracy functions to the mental health of teenagers. They think Meta is too big and too powerful and perhaps needs to be broken up. Meanwhile, Zuckerberg’s business is under pressure like never before. Both Facebook and Instagram are quickly losing ground to TikTok, forcing Meta to rethink its approach to social media entirely.

The new season of Land of the Giants will bring you original reporting on Meta’s current challenges and the future it’s building; the show will also explore critical moments from its origin as a scrappy startup to its current status as a tech behemoth. Ghaffary and Heath will take you inside the company by talking to current and former executives, including Meta’s top policy executive Nick Clegg and head of WhatsApp Will Cathcart, as well as preeminent critics and leaders outside the company like whistleblower Frances Haugen and Zynga founder Mark Pincus.

The first episode of Land of the Giants: The Facebook/Meta Disruption comes out on July 13. You can find it on Apple Podcasts, Google Podcasts, Spotify, or wherever you get your podcasts. Listen to the trailer below.