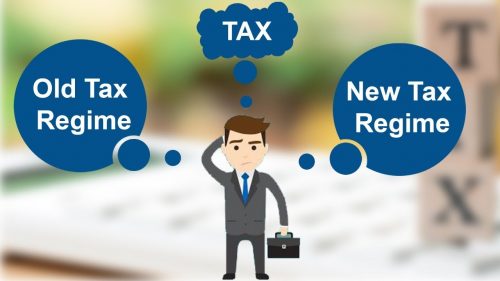 With the introduction of the new Union Budget for the year 2020, there have been changes made to the personal income tax for individuals. The changes made to the tax regime came with some cost which required taxpayers to forego some deductions. One such deduction is standard deduction, a deduction which was given under section 80C and also interest on the self-occupied property—

This shows that the concession provided by the new tax regime does not necessarily have to be beneficial for all.

The new tax regime will benefit highly to people falling in the lower-income brackets. This is because the concessional tax rates now have a minimal application. As for the high net worth individuals, the highest personal income tax goes up to 42.7%, which is going to be a considerable challenge if opting for the new tax regime.

Based on the slab mentioned above, individuals need to make a thorough study and compare both the old and new tax regime before opting to go for the new tax regime. The reason being there are many factors which are mentioned below that can throw light on the various advantages both the tax regimes have.

Cons of the New Tax Regime

Pros of the Old Regime

Which Tax Regime should one opt for?

Based on the points mentioned below, one can choose the right tax regime best suited for them:

Also Read: Top 5 Strategies To Save Tax At The Last Minute

With the introduction of the New Tax Regime, there are chances of confusion and misunderstanding, but they can be avoided.

It is necessary first to evaluate both the tax regimes and then point out the benefits that an individual is receiving if opting for a new one. If there are no benefits which can be evaluated while opting for the new tax regime then it is suggested to stick to the old tax regime.

All the above pros and cons will help individual taxpayers select the best tax regime for them. Make sure to go through all the points to understand the two taxes and their

differences, which will surely enable individual taxpayers to take the right decision. Choose wisely and make the most of the two tax regimes provided.