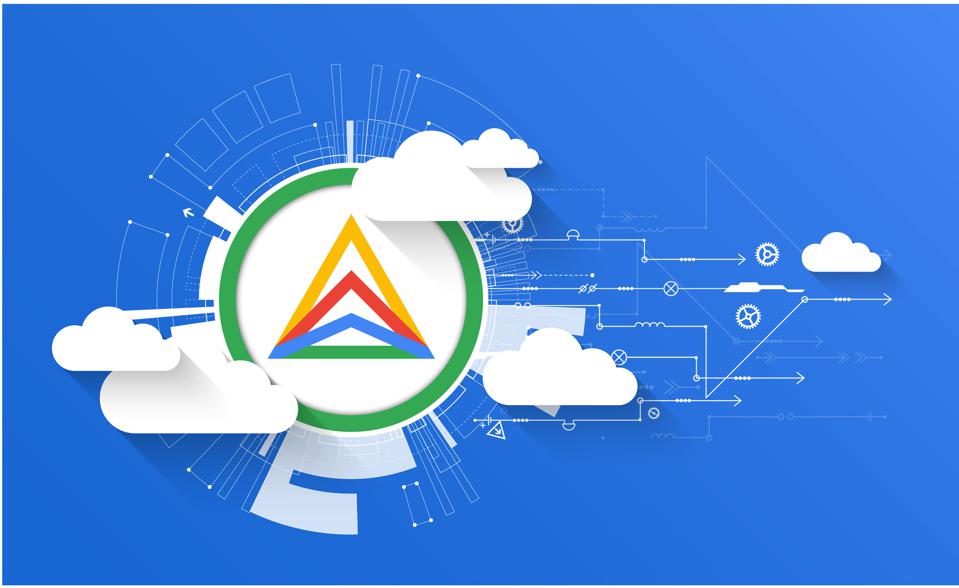 Even with advances like cloud computing, businesses today are too often locked in to certain vendors and certain ways of working. Google Cloud, in cooperation with our partners, customers, and the broader open source community, is doing something about it. Urs Hölzle, who shaped Google’s infrastructure, explains.

What if enterprise technology, a $1 trillion global business, could be as good as what the average consumer expects for a few hundred dollars?

It’s not as crazy as you think. When I was young, the business world had the best-performing computers, with the most innovative new technologies. They had the best software, the best storage, the best cameras, and the best printers—literally, the best of everything.

Then, over the past 25 years, consumers began to enjoy innovation at an unprecedented rate. They got webmail, internet search, internet maps, and cloud-based storage. Then came machine learning, real-time video, compelling user experiences, automated backups, and products that just kept getting better. Meanwhile, enterprise tech changed slowly. Even with advances like cloud computing, businesses today are too often locked in to certain vendors and certain ways of working. That makes it hard to manage costs, hurts operational agility, and in some cases even limits access to a company’s own data.

Google Cloud, in cooperation with our partners, customers, and an independent community of researchers, academics, and open-source developers, is doing something about this problem. The solution is called Anthos, and it’s already delivering on its promises.

The beauty of a single stack

To understand the power of Anthos, a platform for application modernization and agnostic multi-cloud operations, consider how consumer tech leapfrogged enterprise tech.

It began with the World Wide Web, when a new programming interface, HTML, was born. Suddenly, a developer in Brazil could write an HTML5 application, and it could be used by anyone, anywhere, with any number of browser-capable devices. And the same thing has happened with smartphones running the Android and iOS operating systems: Most users are running the same version of the same stack all of the time. On all three platforms, developers see a single powerful experience, usually built on open standards, for maximum velocity.

Using practices like continuous deployment and integration, developers can roll out small releases more frequently. By releasing new software to just a handful of users, they can spot and fix bugs before rolling the software out to the other 99% of customers. If all bugs are found with the first 1% of users, then to the rest of users the perceived bug rate is 100 times smaller! That’s why, in consumer software, nobody fears upgrades—they just work.

Why hasn’t this happened for the enterprise? While companies all use similar hardware and software, it’s integrated differently. Instead of a single, uniform, auto-updating stack, everyone has their own matrix of versions. That’s lots of variety, with lots of small differences.

So if I’m a SaaS vendor trying to update a new customer, it’s literally the first time I’m deploying that update into exactly this environment. Everyone is nervous about the update, because things tend to break on the first attempt. Even if I update 10,000 companies, the next time is like the first time because it’s a new snowflake. My software quality doesn’t look great to the customer, and updates are slow, infrequent, and more expensive.

The impact of this update friction is enormous: If you assume just a 20% slowdown in velocity, compounded over 25 years, that’s a factor of 100X! No wonder consumer technology has raced ahead of enterprise technology.

The best of all worlds

That’s why enterprises need a common basic stack, with automatic updates. Its core should be something standard that enterprises can tailor with unique applications that actually matter for their competitiveness. It should be open source, so that it works in any environment, without vendor lock-in. It should accommodate legacy systems, since there’s just too much critical technology to port over. And it needs to run on-prem, in the cloud, and on the edge, wherever a business needs it.

That’s Anthos: an open-source platform that integrates dozens of open-source APIs, like Kubernetes containers, and provides them as a managed stack. It works across clouds, in on-premises data centers, and in the increasingly important arena of edge devices.

“Anthos delivers up to a 4.8X return on investment.”

Google Cloud announced general availability of Anthos in 2019. Since then, we’ve worked with independent researchers, academics, partners, and members of the open-source community to increase its strength and capability. In a commissioned study, Forrester concludes that Anthos delivers up to a 4.8X return on investment (ROI), while increasing productivity, operational efficiency, and application migration speed. We think there’s a lot more to come.

Using Anthos, businesses can keep their existing server hardware and their preferred cloud provider, and run pretty much anything on top of it. They don’t have to rewrite existing applications to work in newer frameworks. There’s no lock-in. All the commercial software, the home-grown code, and the open-source technology is finally in a single place. Anthos simplifies not just development but also operations and security, with a single consistent way to deploy, run, monitor, and secure applications in any environment.

Take just one potential area that benefits from Anthos: Java enterprise applications. Using Anthos migration tools, these can be moved to containers that are kept on-prem or in the cloud. Infrastructure and licensing costs immediately drop, followed by the lower operating and maintenance costs that come from having simplified maintenance and monitoring. Same goes for legacy Windows Server apps, and lots of other old enterprise software.

Much like consumer tech, new versions of enterprise software can now be rolled out faster and more safely. Automated security analysis, such as vulnerability scanning and secure signed binaries, improves security, the same as it does for consumer tech.

By basing it in open source, we believe Anthos does for clouds what the Linux operating system did for servers 20 years ago. Linux was a safe choice to avoid lock-in, with a rich ecosystem and plenty of independent developers. While incumbents fought over their proprietary operating systems, Linux kept getting better, more powerful, and more useful. Anthos will too.

We’re starting to hear about success at organizations as diverse as HSBC, Telegraph Media Group, and Major League Baseball, all of which are using Anthos. We’re using it ourselves to bring BigQuery, Google Cloud’s enterprise data warehouse, to data stored in Amazon Web Services (AWS) and Azure (coming soon) with BigQuery Omni. People are building out exciting new features and applications with Anthos.

Below: See how Major League Baseball is partnering with Google Cloud to run its applications anywhere with Anthos.

Anthos standardizes a lot of everyday tasks that don’t differentiate anyone’s business operations, offering a unified way to develop, operate, and secure workloads wherever you want. Developers and operators can concentrate on new value-adding activities, choosing the best-in-class tools and services that are right for them. No provider is locking them in with proprietary APIs for all the minutiae required to make things work.

I can’t stress enough how much this shakes up the enterprise tech business. Before, even adopting a cloud meant choosing a vendor, being locked in, having only one choice, and having a heck of a hard time integrating with existing on-prem services. No longer.

It’s a great start to an even better future.

Get an in-depth look at each layer of the Anthos platform and how to leverage its capabilities. Download the ebook, “Anthos under the hood: The technologies that will transform enterprise applications.”

To learn more about options for greater agility in your operations, faster software development and delivery, and strategies for controlling costs, check out this video: 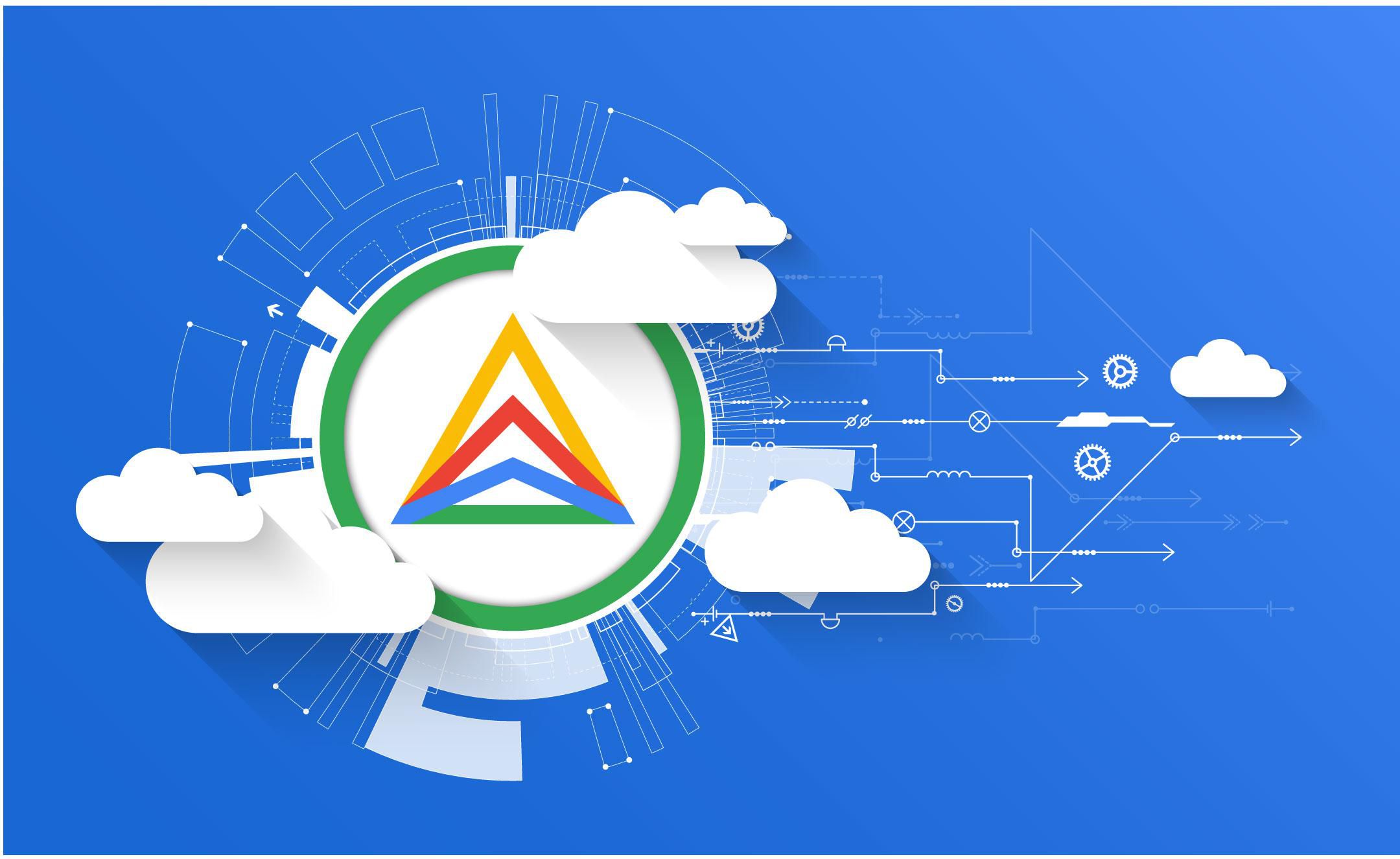