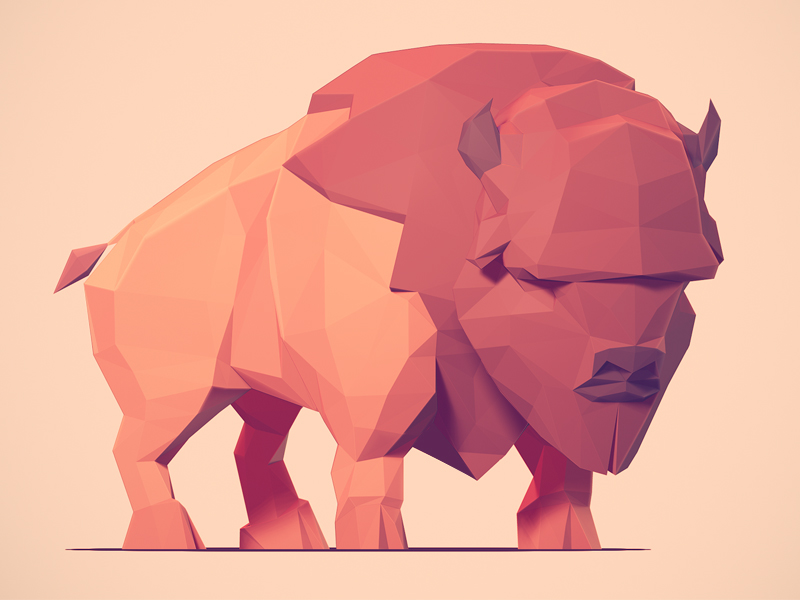 Low poly has been a hot topic on and off in the last couple of years. Even if you haven’t heard the term before you probably have seen it at least a dozen times.

The term low poly is the shortened version of “low polygon” which mainly consists of simple 2d shapes coming together to form a pattern/shape. Low poly art is made of numerous low polygon shapes put together to create images, games, etc.

Even though low poly imagery was used due to the limited technical capacity in rendering images it has also piqued the interest of digital artists and continues to be quite popular.

Low poly assets were mainly used in old video games as the consoles and computers didn’t have the processing power for higher resolution graphics. However, as low poly has regained its popularity, it has also re-emerged in, especially, indie games.

There’s just something about low poly art that catches the attention of people and that’s probably the main reason why it’s still popular despite the fact that the cheapest smartphones being miles ahead of the strongest computer back in the day.

So without further ado, let’s have a look at some of our favorite low poly art examples.

All in all, low poly art was created out of necessities but as we’ve seen time and time again, sometimes there’s beauty in simple things. Low poly art is a testament to that. We really love the simplicity that low poly art brings with it and plan to update this article as we come across new artists and their artwork. If you have any good examples that we might have missed, leave us a comment with your suggestions.