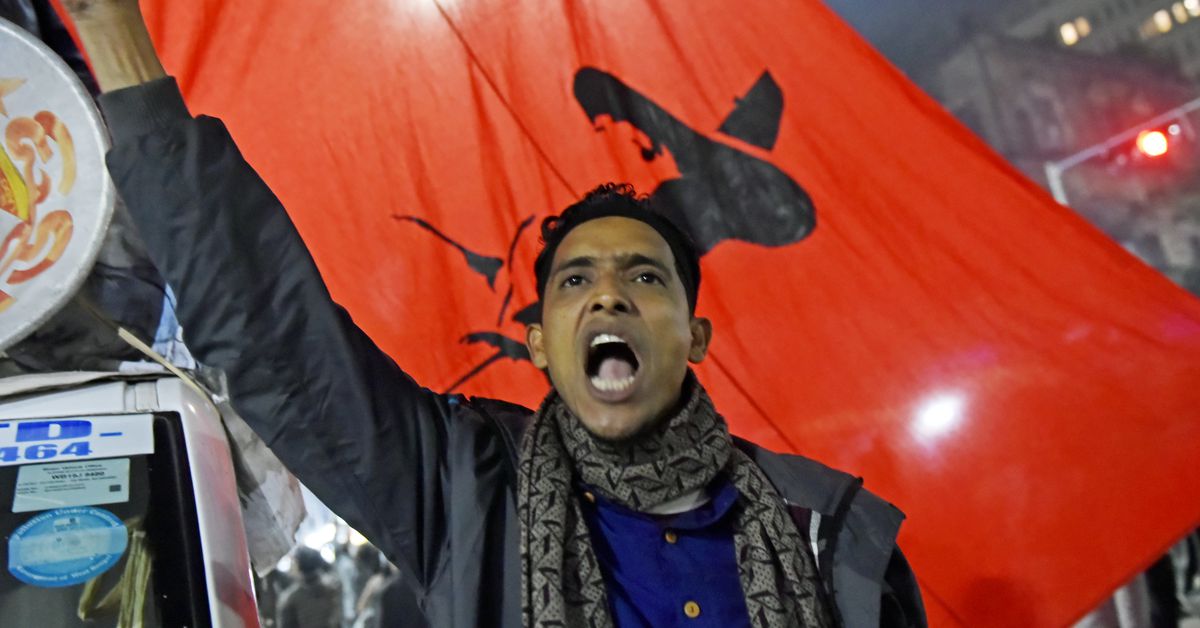 As the coronavirus pandemic rages in India, claiming thousands of lives, many Indians are turning to social media to demand that the government handle the public health crisis better. And now, the government is silencing these critics in its latest threat to the future of free speech on the internet in the world’s second-most populous country.

In recent weeks, the Indian government has requested that companies like Twitter take down content that it says contains misinformation about the Covid-19 pandemic. But critics say that India’s political leadership under Prime Minister Narendra Modi is using the premise of misinformation to overreach and suppress criticism of the administration’s handling of the pandemic.

A similar debate has also played out in the US around how companies like Twitter and Facebook should moderate harmful speech on their platforms, particularly when that speech comes from world leaders. But the issue has taken on an increased intensity in India, where the government is more aggressively and directly pressuring tech companies to block content it takes issue with.

“Internet companies are stuck between a rock and a hard place,” said Anupam Chander, a law professor at Georgetown University who focuses on the regulation of international speech online. “They face a government that is accusing them of essentially abetting a violation of law. At the same time, there are huge free expression concerns here.”

India is the world’s biggest democracy and has a history of robust political debate. Its constitution protects people’s rights to freedom of speech and expression — with some exceptions including for content it deems defamatory.

But under the Modi administration of the past several years, the country has expanded its internet regulation laws, giving it more power to censor and surveil its citizens online. The government has several levers to pressure US-based tech companies into compliance: It could arrest Facebook and Twitter staff in India if their employers don’t follow orders. Even further, India could yank Twitter or Facebook off the local internet in India entirely, as it recently did with TikTok and several major Chinese apps in June. And the government resorted to effectively shutting down the internet in Kashmir in February 2020 when it wanted to quiet political dissent in the region.

Now, the tension between US social media companies and the Indian government has reached an all-time high because of the fierce debate around Modi’s handling of the Covid-19 pandemic. And what happens next could determine whether Indians will continue to have the same kind of access to a relatively open social media environment or if the walls around what people are allowed to say online in India will close up even more. Some fear that the country may become more like China, where the government tightly controls its residents’ access to information and where US tech giants like Google and Facebook have tried — and failed — to operate successfully.

What happened with recent takedowns

On Wednesday, Facebook confirmed that it temporarily blocked posts with a #ResignModi hashtag in India, but it later said it was a mistake because of content associated with the hashtag that violated its policies. Facebook has since restored access to the hashtag.

Facebook declined to comment on how many or what takedown requests it has received from the Indian government in recent weeks. A source familiar with the company said Facebook only took down a small portion of the total requests it received.

In sharp contrast to Facebook, Twitter is more transparent and discloses takedown requests through an outside organization, Lumen. Twitter acknowledged that the Indian government asked it to take down several dozen tweets recently, which were about the Covid-19 pandemic in India, as first reported by Indian news site MediaNama.

Recode reviewed the more than 50 tweets that Twitter blocked or deleted at the request of the Indian government in recent weeks. While some could be considered misleading — including one viral image showing devastation in India supposedly related to the pandemic which Indian fact-checker AltNews reported to be outdated — it wasn’t clear what was misleading about several other posts, which appeared to be straightforward news and political commentary.

One of the blocked tweets, for example, is a link to a Vice news article about a mass Hindu religious bathing ritual being held in the river Ganges during the most recent Covid-19 surge — which has been widely reported in other outlets as well. Another is a satirical cartoon showing a caricature of Modi making a speech over burning coffins, with the prime minister saying, “Have never seen such huge crowds at a rally.”

In response to Recode’s questions about how Twitter decides which posts to block or take down, a spokesperson for Twitter emailed Recode the following statement:

When we receive a valid legal request, we review it under both the Twitter Rules and local law. If the content violates Twitter’s Rules, the content will be removed from the service. If it is determined to be illegal in a particular jurisdiction, but not in violation of the Twitter Rules, we may withhold access to the content in India only.

The company also said it notified account holders directly when they receive a legal order pertaining to their account.

Many free speech advocates are quick to accuse social media companies like Twitter of too easily giving in to pressure from the Indian government. In the past, the company has taken a more aggressive and public stance against the Modi administration — such as in February when it refused to block political activists and journalists who used Twitter to criticize the Indian government’s new agricultural reforms, which many farmers in India had been protesting for months.

Now, during the pandemic, companies like Twitter are again being tested about how much they’re willing to follow the Indian government’s orders — and run the risk of being shut down entirely if they disobey them.

“It’s easy for us to say Twitter shouldn’t do this. But the question is whether it wants to continue operating in the Indian market,” said Chander. “It’s a very complicated dance.”

One route US social media companies could take is to try to contest the government’s recent takedown requests in the Indian courts, which Chander said are relatively independent of Modi.

The US government, which has a close relationship with India, could also pressure Modi’s administration to loosen its grip on social media. On Monday, White House press secretary Jen Psaki said that the Indian government ordering social media companies to block posts critical of the government “certainly wouldn’t be aligned with our view of freedom of speech around the world.”

The White House has other diplomatic leverage it could use, like threatening to cut off trade agreements or other diplomatic relations between the two countries. For now, the White House is focused on the larger issue of vaccine distribution in India. This week, the administration announced — under increasing global pressure — that it will reverse course and export Covid-19 vaccine materials to the country. So far there’s been no public indication that the Biden administration is considering taking any diplomatic action around the country’s stance toward social media.

Regardless, it’s clear that there’s a growing battle between the Indian government and US social media companies. What happens next will be a sign of where the future of free speech in the country seems to be heading.