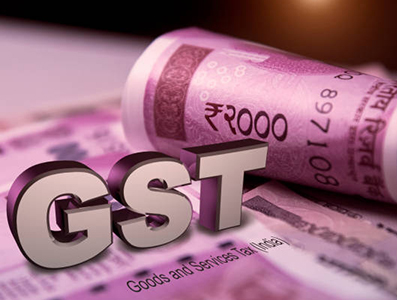 What is the GST (Goods and Services Tax)?

Most goods and services sold for domestic use are subject to the Goods and Service Tax, a value-added tax. Consumers pay the GST, but it is remitted to the government by businesses selling the products and services.

The GST is an indirect federal sales tax paid on the purchase of particular products and services. The firm adds the GST to the product’s price, and the buyer pays the total amount plus the GST. The GST component is collected by the firm or seller and forwarded to the government. It is also known as value-added tax in some nations (VAT).

Also Read: All You Need To Know About GST Amendment Process

Most nations that levy GST have a single unified GST system, which means that a single tax rate applies to all goods and services. A country that employs a unified GST platform collects both central and state-level taxes (entertainment tax, entry tax, transfer tax, sin tax, and luxury tax) as a single tax. Almost everything is taxed at the same rate in these countries.

In 2017, India implemented a dual GST structure, which was the most significant change to the country’s tax structure in decades. The primary goal of implementing the GST was to eliminate tax on tax, or double taxation, which cascades from the manufacture to the consumption levels.

Which countries are responsible for collecting the goods and services tax (GST)?

The GST was first implemented in France in 1954, and more than 160 countries have since adopted it.

The Goods and Services Tax (GST) is a single tax with three components: CGST, SGST, and IGST. Under the GST law, the central government will collect CGST, SGST, or IGST depending on whether the transaction is intrastate or interstate.

A summary of the Central Goods and Services Tax (CGST)

The Central Goods and Services Tax (CGST) is a tax levied by the central government on intra-state supplies of both goods and services under GST, and the CGST Act governs it. The same intra-state supply will also be subject to SGST, which the state government governs.

This implies that both the Central and state governments will agree to appropriately combine their levies for revenue sharing. On the other hand, section 8 of the GST Act clearly states that taxes must be levied on all intra-state supplies of goods and/or services, but the tax rate cannot exceed 14%.

Also Read: How GST Changed The Face Of SMEs

What is IGST (Integrated Goods and Services Tax)?

Also Read: The Era Of GST Spells Success For Small And Medium Businesses

Under GST, SGST is a tax levied by a state government on intra-state supplies of both goods and services, and the SGST Act will govern it. As previously stated, CGST will be imposed on the same intra-state supply but governed by the central government.

Suppose Rajesh, a businessperson from Maharashtra, sold goods worth Rs. 100,000 to Umang in Gujarat. The GST rate is 18%, including the IGST rate of 18%. In this case, the dealer is required to charge Rs. 18,000 as IGST, which will be directed to the centre.