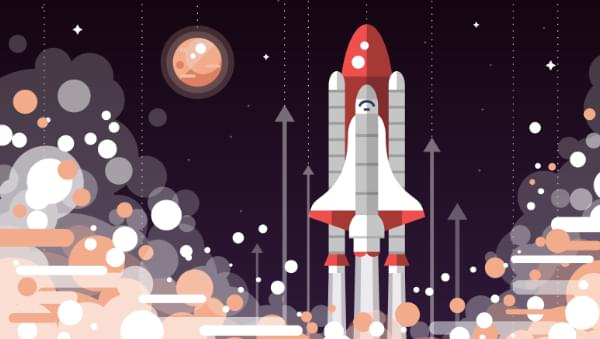 Storing values in variables is a fundamental concept in programming. A variable’s “scope” determines when it is and isn’t available throughout your program. Understanding variable scope in JavaScript is one of the keys to building a solid foundation in the language.

This article will explain how JavaScript’s scoping system works. You’ll learn about the different ways to declare variables, the differences between local scope and global scope, and about something called “hoisting” — a JavaScript quirk that can turn an innocent-looking variable declaration into a subtle bug.

In JavaScript, the scope of a variable is controlled by the location of the variable declaration, and it defines the part of the program where a particular variable is accessible.

Scoping rules vary from language to language. JavaScript has two scopes: global and local. Local scope has two variations: the old function scope, and the new block scope introduced with ES6. It’s worth noting that function scope is actually a special type of a block scope.

In a script, the outermost scope is the global scope. Any variables declared in this scope become global variables and are accessible from anywhere in the program:

As this simple example shows, the variable name is global. It’s defined in the global scope, and is accessible throughout the program.

But as handy as this might seem, the use of global variables is discouraged in JavaScript. This is, for example, because they can potentially be overwritten by other scripts, or from elsewhere in your program.

Any variables declared inside a block belong to that particular block and become local variables.

A function in JavaScript defines a scope for variables declared using var, let and const. Any variable declared within that function is only accessible from that function and any nested functions.

A code block (if, for, etc.) defines a scope only for variables declared with the let and const keywords. The var keyword is limited to function scope, meaning that new scope can only be created inside functions.

The let and const keywords have block scope, which creates a new, local scope for any block where they’re declared. You can also define standalone code blocks in JavaScript, and they similarly delimit a scope:

Function and block scopes can be nested. In such a situation, with multiple nested scopes, a variable is accessible within its own scope or from inner scope. But outside of its scope, the variable is inaccessible.

To make things clear, let’s use a simple metaphor. Every country in our world has frontiers. Everything inside these frontiers belongs to the country’s scope. In every country there are many cities, and each one of them has its own city’s scope. The countries and cities are just like JavaScript functions or blocks. They have their local scopes. The same is true for the continents. Although they are huge in size, they also can be defined as locales.

On the other hand, the world’s oceans can’t be defined as having local scope, because they actually wrap all local objects — continents, countries, and cities — and thus, their scope is defined as global. Let’s visualize this in the next example:

See the Pen Variable Scope: 1 by SitePoint (@SitePoint)
on CodePen.

Now that we understand what local and global scopes are, and how they’re created, it’s time to learn how the JavaScript interpreter uses them to find a particular variable.

Back to the given metaphor, let’s say I want to find a friend of mine whose name is Monique. I know that she lives in Paris, so I start my searching from there. When I can’t find her in Paris, I go one level up and expand my searching in all of France. But again, she’s not there. Next, I expand my searching again by going another level up. Finally, I find her in Italy, which in our case is the local scope of Europe.

In the previous example, my friend Monique is represented by the variable myFriend. In the last line we call the europe() function, which calls france(), and finally when the paris() function is called, the searching begins. The JavaScript interpreter works from the currently executing scope and works its way out until it finds the variable in question. If the variable is not found in any scope, an exception is thrown.

This type of lookup is called lexical (static) scope. The static structure of a program determines the variable scope. The scope of a variable is defined by its location within the source code, and nested functions have access to variables declared in their outer scope. No matter where a function is called from, or even how it’s called, its lexical scope depends only on where the function was declared.

See the Pen Variable Scope: 2 by SitePoint (@SitePoint)
on CodePen.

In this example, we can see that the greeting and name variables declared with const and let are inaccessible outside the if block.

Let’s now replace the const and let with var and see what happens:

See the Pen Variable Scope: 3 by SitePoint (@SitePoint)
on CodePen.

As you can see, when we use the var keyword the variables are reachable in the entire function scope.

That’s the exact mechanism used when a JavaScript interpreter is trying to find a particular variable. It starts at the innermost scope being executed at the time, and continues until the first match is found, no matter whether there are other variables with the same name in the outer levels or not. Let’s see an example:

See the Pen Variable Scope: 4 by SitePoint (@SitePoint)
on CodePen.

Even with the same name, the local variable doesn’t overwrite the global one after the execution of the testScope() function. But this is not always the case. Let’s consider this:

See the Pen Variable Scope: 5 by SitePoint (@SitePoint)
on CodePen.

Note: in strict mode, it’s an error if you assign value to variable without first declaring the variable.