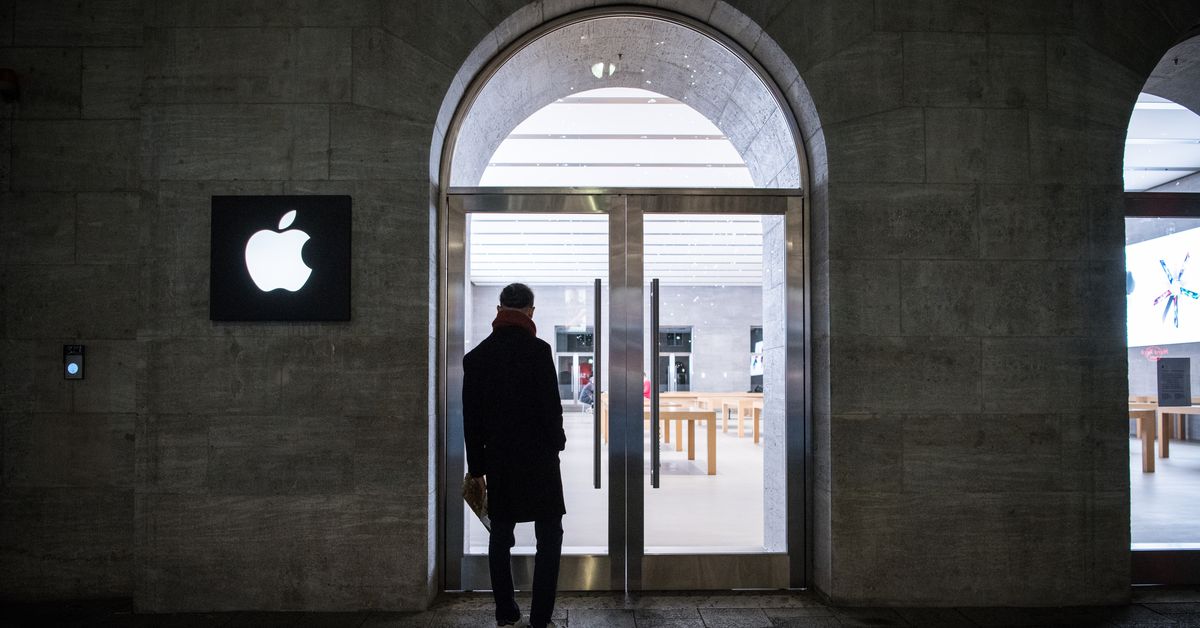 In an apparent blow to Apple’s ongoing and international antitrust woes over its App Store, the European Union’s European Commission issued a “statement of objections” on Friday saying it believes Apple is abusing its position in the music streaming app marketplace, in what could be a violation of the EU’s antitrust laws. The preliminary findings do not bode well for Apple for the outcome of the commission’s investigation, which was prompted by a complaint from Spotify.

The European Commission found that Apple’s App Store rules — and the fact that the App Store alone was the only way for Apple mobile device users to get apps for their iPhones and iPads — forced app developers to play by those rules and pay Apple’s commissions if they wanted access to Apple’s users. The commission on purchases and subscriptions Apple demands, the European Commission said, led to higher prices for those users. The commission also objected to Apple’s anti-steering provisions, which prevent companies from informing users that they could purchase subscriptions outside the App Store.

A statement of objections is not the end result of an investigation, but it is a formal step in the process. If Apple is found to have violated the EU’s antitrust rules, it could be fined up to 10 percent of its annual revenue.

“The European Commission’s Statement of Objections is a critical step toward holding Apple accountable for its anticompetitive behavior, ensuring meaningful choice for all consumers and a level playing field for app developers,” Spotify’s head of global affairs and chief legal officer Horacio Gutierrez said in a statement.

Apple maintained, as it has all along, that the vast majority of the Spotify app users don’t have paid subscriptions, and that Spotify makes money off of ads to those free subscribers, while Apple provides the resources to host the Spotify app in its store. Paid subscriptions through the app give Apple a 30 percent commission for the first year, and 15 percent thereafter.

“At the core of this case is Spotify’s demand they should be able to advertise alternative deals on their iOS app, a practice that no store in the world allows,” Apple said in a statement. “Once again, they want all the benefits of the App Store but don’t think they should have to pay anything for that. The Commission’s argument on Spotify’s behalf is the opposite of fair competition.”

The investigation into the App Store was launched after a complaint to the European Commission from Spotify in 2019. The audio streaming service alleged that Apple’s App Store and Apple Pay services unfairly benefitted Apple over third parties like Spotify, which are forced to distribute their apps through the App Store and must therefore follow the store’s rules. Spotify said it was forced to raise its rates for subscriptions purchased through the app to make up for the 15 to 30 percent commission it had to pay to Apple. The European Commission’s preliminary findings did not address Spotify’s complaint about Apple Pay, which is a separate case.

Apple launched its own, very similar Apple Music streaming service in 2015, which it could promote to Apple device owners.

Though the European Commission’s findings merely address the App Store’s practices with music streaming services, Spotify’s complaint echoes that of many companies that allege that they are at a distinct disadvantage to Apple. In addition to Apple’s mandatory commissions, the company can see how well third-party apps do and create its own versions of them, which Apple can then install on its devices and promote in its App Store. Apple is known for this practice even outside of the App Store; for instance, it recently introduced the AirTag, a tiny tracking device that’s remarkably similar to Tile, but has the exclusive use of Apple’s “Find My” system.

The App Store’s practices are also under scrutiny from regulators and lawmakers in Australia, the United Kingdom, and the United States. The UK’s Competition and Markets Authority launched an investigation in March into the App Store’s commission as well as the company’s requirement that the app be distributed through it.

At the end of April, Australia’s Competition and Consumer Commission, last seen recommending the controversial law that could have forced Facebook and Google to pay news organizations for hosting or even linking to their content, warned Apple and Google that their “significant market power” in their respective app stores, including commissions, promotion of their apps over those made by third parties, and mandatory use of their payment systems for in-app purchases, may require regulation to address.

American lawmakers and regulators have stepped up scrutiny of Big Tech and antitrust practices, with Sen. Amy Klobuchar (D-MN) positioning herself as one of Congress’s biggest critics of Apple’s App Store (and Big Tech in general). Sen. Elizabeth Warren (D-MA) proposed in 2019 that Apple should not be allowed to both run an App Store and distribute its own apps in it. And several states are working on their own bills targeting Apple and Google’s app store fees and practices — though none have successfully passed a bill into law.

The EC’s decision could be a preview of how an antitrust lawsuit in the US over the App Store will go. Epic Games, which makes the popular game Fortnite, sued Apple when the company kicked Fortnite out of its App Store after Epic tried to bypass its mandatory in-app payment system. Opening statements in that trial are set to begin next week.